Chambord Has a New Look, and a Vodka too 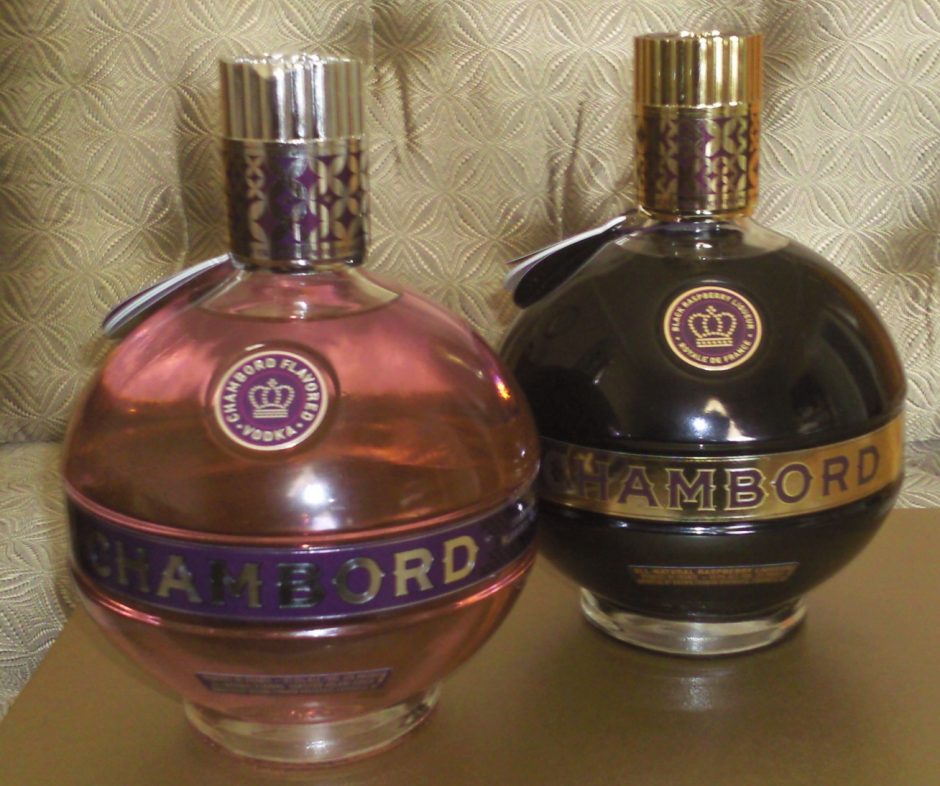 I was sitting at the long Carrara marble bar of the Lake Chalet looking out at Lake Merritt and the rows of liquor bottle on the back bar. I saw lot of familiar bottles, but noticed that the familiar round Chambord bottle had changed. And Chambord, the venerable black raspberry liqueur has a new sibling — a flavored vodka

The bottle has lost its crown, it’s replaced with a crown medallion on front. The top of the cap and the bottle have a new flower with four pointed petals, like a play on the French design called a quatrefoil. Chambord has a new look that stars the quatrefoil, a four-pointed floral motif.

Quatrefoils are popular motifs on churches in France, England and especially Italy. But the most familiar example of the quatrefoil is on the iconic Louis Vuitton logo created in 1896.

One thing that hasn’t changed is the distinctive and deep berry taste of Chambord liqueur. It starts with blackberries and raspberries being infused into neutral grain spirits. Then it’s blended with flavors of black raspberries and currants, cognac, vanilla and herbs.

The new Chambord vodka is a pretty berry pink color and carried the same berry favor with a cleaner — and sharper — vodka edge.

It’s easy to think of lots of ways to use both: splashed into sparkling wine, shaken into a French Martini or even just poured into lemonade. I like the looks of the French Sparkle, a cocktail with mango nectar, Chambord vodka and champagne on the company’s website.

But one of my favorite ways to use Chambord is in a simple cocktail I’ve dubbed the Queen for a Day Mimosa. A mimosa gets so much more interesting with a splash of Chambord. It’s a delicious libation that makes you feel royal whether you’re sipping it at brunch or any time of day.

Queen for a Day Mimosa

Add Chambord to a champagne flute. Top with the orange juice and sparkling wine or champagne. Garnish with a raspberry or blackberry.

The Lava Lamp: Three Easy Holiday Cocktails in One

I Love This Gin & Rosewater Perfume by Tokyo Milk

Skylite Snowballs: An Icy Taste of Baltimore in the East Bay