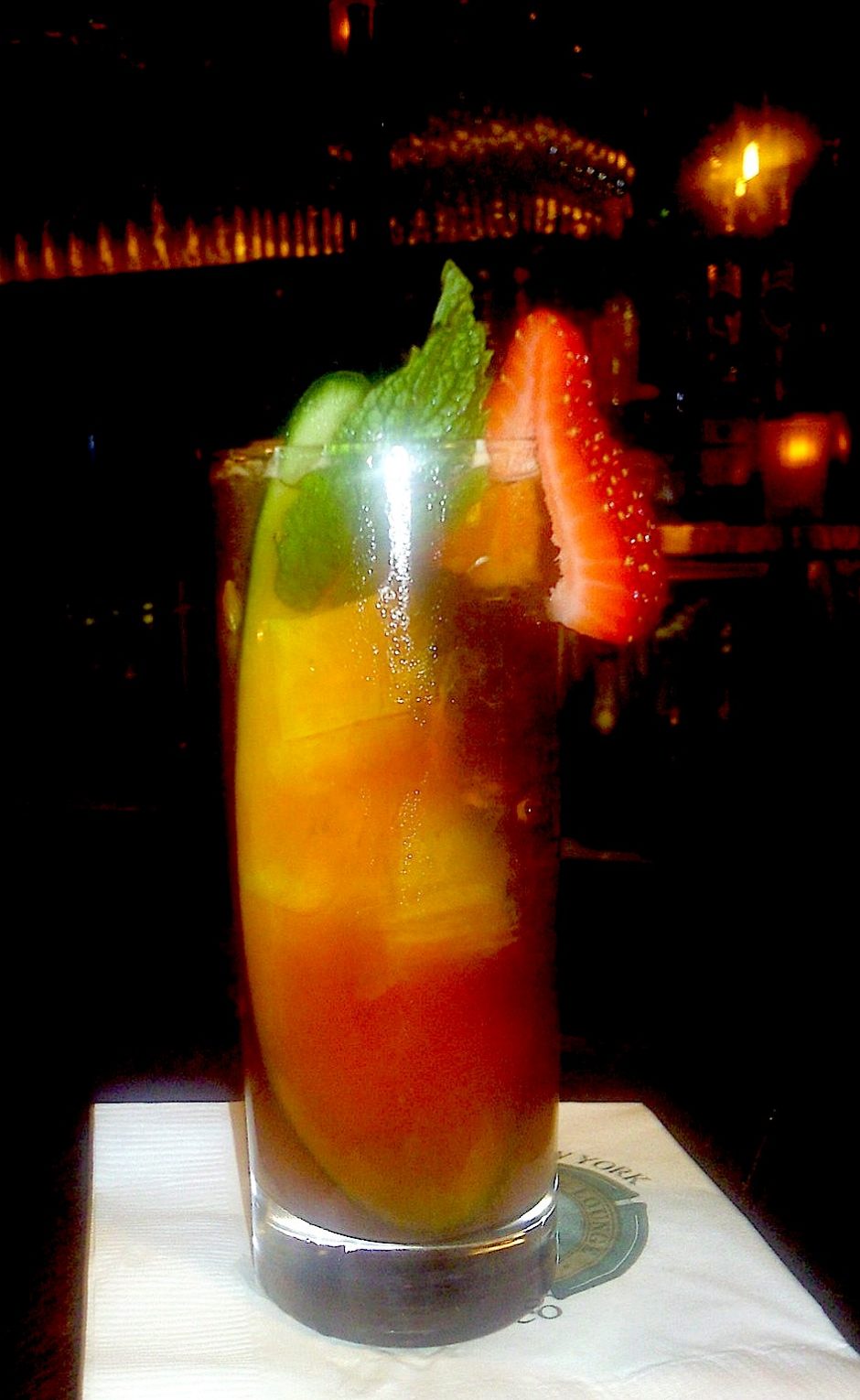 I’ve been ignoring all the back-to-school sales and mentally trying to turn this into an endless summer. Sadly, the weather is making it quite apparent that autumn is on its way.

But I’ve been savoring some flavors of summer this month. While I never made it to a tennis or polo match this summer, I did indulge in the classic English summer drink at The Bubble Lounge SF: The Pimm’s Cup.

The Pimm’s Cup cocktail has a rather convoluted history–even for the drinking world–where so many tales are fuzzy because the people telling them are slightly fuzzy-headed.

We do know it was created in 1823 by a man named James Pimm who ran the popular Oyster Bar in London, according to the official site, fetchingly named Anyone For Pimms. The custom was slurping oysters and slugging back London dry gin, which was a bracing 90-proof spirit that didn’t necessarily enhance the flavors of the bivalve.

Mr. Pimm created a cocktail called Pimm’s Cup No. 1 that diluted the gin with citrus fruits, aromatic spices and water, making it a much more food-friendly tipple. Plus, I imagine he was happy his patrons weren’t getting smashed quite so quickly. His Pimm’s Cup No. 1 became fashionable, and Pimm created a few more versions of his drink with brandy and Scotch and rum, that were later bottled for sale.

Only the gin-based Pimm’s No. 1 endures and it’s featured in eponymous cocktails that might also be mixed with lemonade, ginger ale, ginger beer and an ambrosial selection of fruits including strawberry, lemon, lime, apples and cucumber (yes, cucumber is a fruit.)

This season, Bubble Lounge San Francisco in Jackson Square is featuring the Pimm’s Cup No. 1 a couple different ways. Their signature is the Pimm’s Royale, that’s livened up by champagne. They were kind enough to share the recipe:

In a tall Collins style glass, add the Pimm’s, lime juice and ginger ale and stir. Slide the cucumber down the side of the glass, then fill the glass 3/4 with ice. Top with the champagne, then garnish with the strawberry slice and the mint.
Makes 1 cocktail

As I was enjoying the Pimm’s Royale, Eileen, a Bubble Lounge bartender, suggested I try her updated version of the classic Pimm’s Cup.

In a sturdy rocks glass, muddle the simple syrup, cucumber and 1 sprig mint until fragrant. Add the Pimm’s, gin and lemon juice and stir. Fill the glass with ice, stir again then top with the ginger beer. Garnish with the remaining mint.
Makes 1 cocktail

For the classic recipe , listen in to National Public Radio’s Michele Norris doing a fun interview on Pimm’s Cup history with the catering director at Wimbledon, where Pimm’s No. 1 is the unofficial beverage. 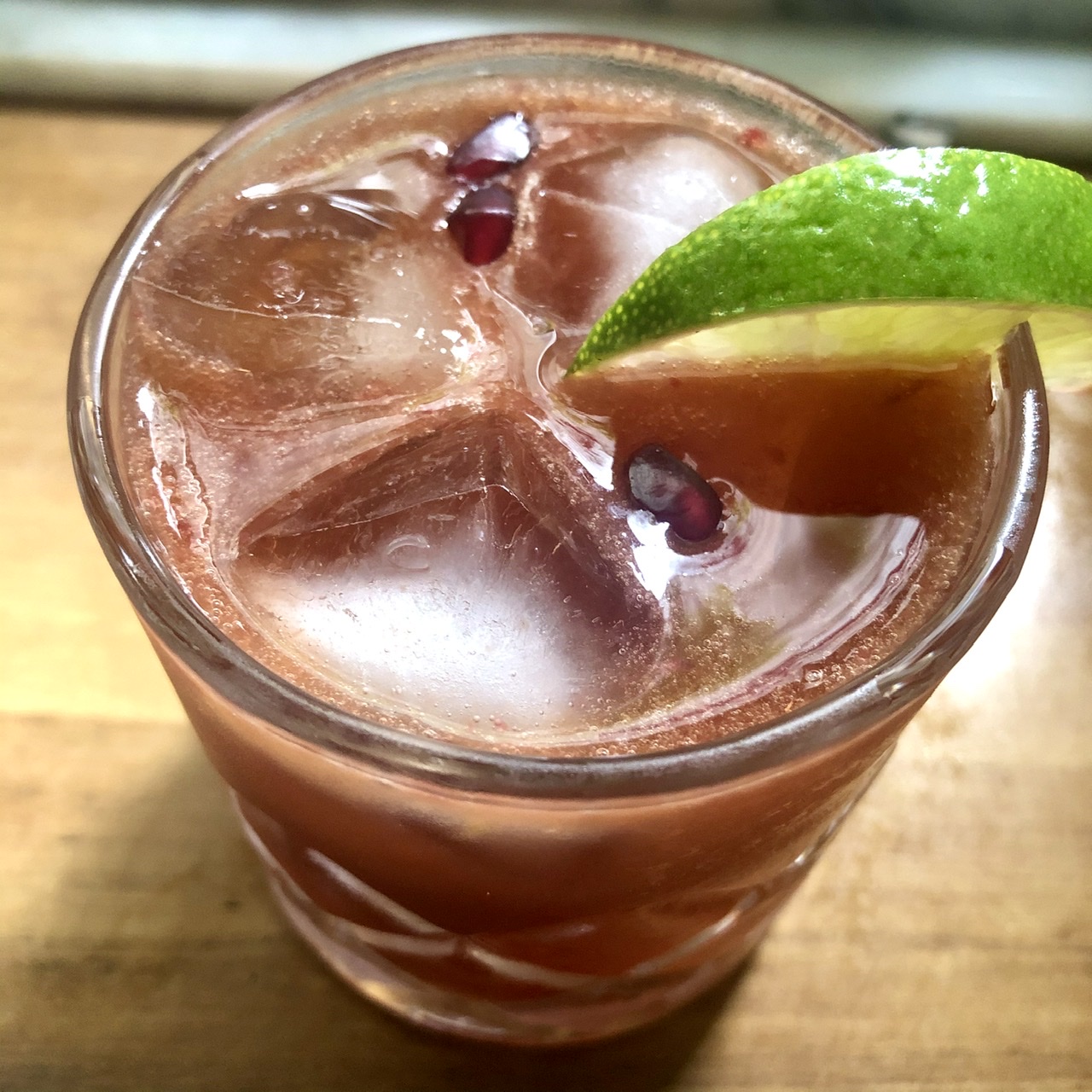 I was watching @da5bloods movie when the news aler

Yeah, I could do this all day. Started at the new