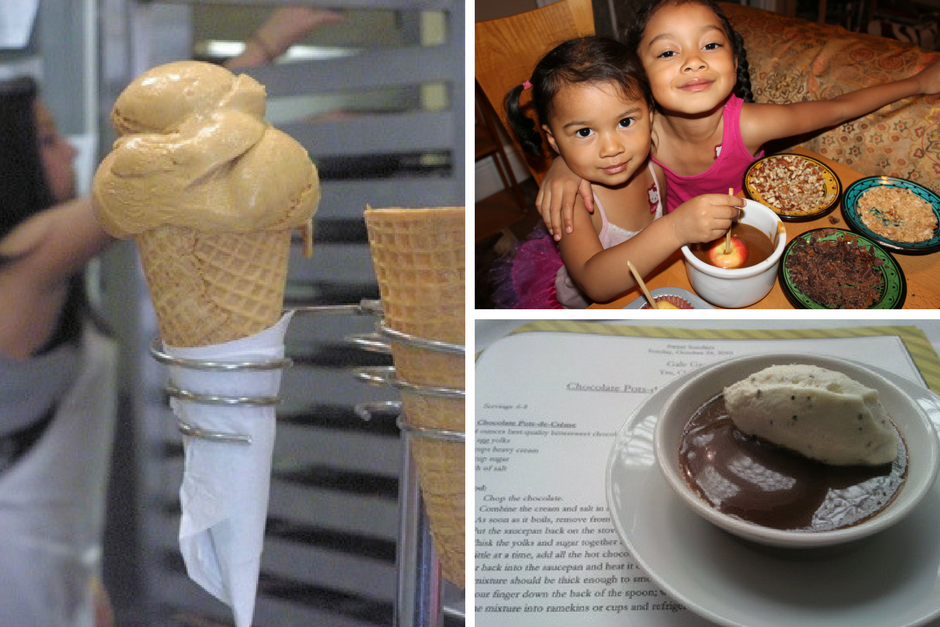 Is there anything better than salted butter caramel?

I think not. I mean who doesn’t like the taste of sugar? But it’s even better with a bit of saltiness to make you want — no need — to take another bite. That’s why it’s so hard to put down that bag of kettle corn from the farmer’s market. Or why the addictive caramel and cheese corn mix first served at Garrett’s Popcorn in Chicago is widely imitated.

Salted caramel is usually associated with Brittany in France, where it’s called caramel au beurre salèe. The style is said to have been created in the 1970s by a chocolatier and caramelier named Henri Le Roux. He added some of the region’s famous grey sea salt — aka fleur de sel de Guerande — to his pot of caramel. I have tasted Le Roux’s salted caramels — which come in an assorted box with flavors like caramelized apple tatin, bitter chocolate and orange ginger — and they were worth every penny.

For some reason, I was slightly intimidated by the thought of making salted caramel at home. But Gale Gand, the Chicago pastry chef, made it look so easy when she was the special guest at the Sweet Sundays breakfast earlier this week at Epcot Food & Wine Festival at Walt Disney World.

I picked up a good tip: Gale dropped little spots of caramel on a white plate to judge whether it was dark enough. In just a few minutes it went from pale gold to deep maple, so it doesn’t take long.

She served it atop a Chocolate Pot de Cremè with a Black Pepper Whipped Cream, but I can imagine lots of other ways to enjoy it, like on homemade caramel apples or in a salted caramel ice cream, like the one I adore from Bi-Rite Creamery in San Francisco.

Her recipe is so simple it’s Tweetable.

Boil the sugar and water until it gets to the desired shade of golden brown. When it’s there, let it cool a bit. Whisk in the cream until it’s fully incorporated and then add the salt. Voila!