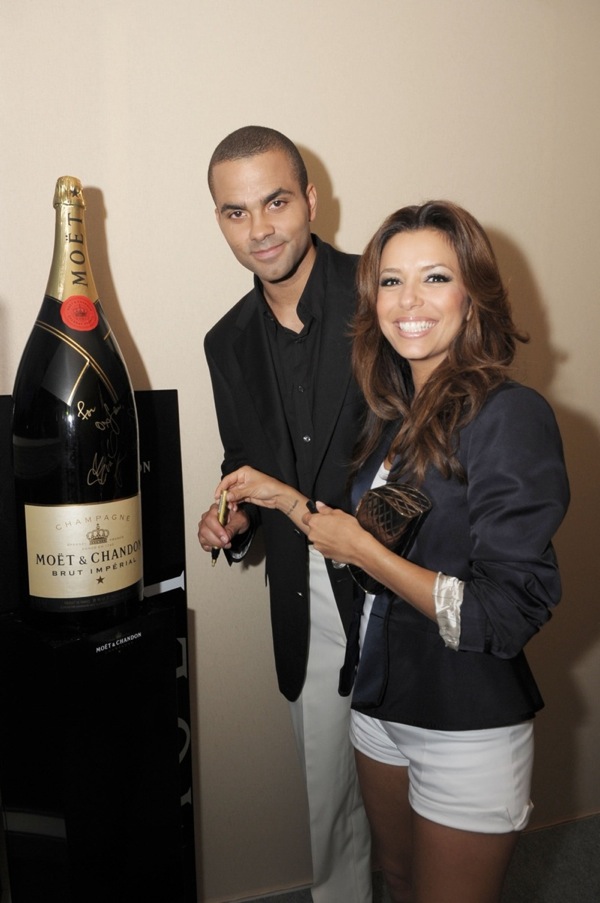 Eva Longoria and Tony Parker were among the celebrities at Cannes 2009 who signed a 15 liter bottle of Moet et Chandon Brut Imperial champagne to be auctioned for charity. (Courtesy photo)

Champagne is one of the ultimate luxury goods and it’s associated with celebrities and rich people living the good life. But the large champagne houses also do a lot to bring attention and dollars to deserving charities.

At the 62nd film festival recently, Moet & Chandon carried on a tradition of having celebrities sign a massive bottle of champagne. The 15-liter Nebuchadnezzar (named after the famed kind of Babylon) was signed by celebs including Scarlett Johansson, Diane Kruger and Eva Longoria as they stopped on the red carpet.It will be auctioned off for charity later this year.

And just this weekend, the Veuve Clicquot Manhattan Polo Classic on Governor’s Island in New York City drew a star-studded crowd that included special guest player of Prince Harry of England. The Prince was there to help support Sentabale, a charity that Prince Harry co-founded with Prince Seeiso of Lesotho to help African orphans and vulnerable children. Lesotho has about 200,000 orphans and the third highest rate of HIV/AIDS infection in Africa. After a successful documentary that showed much of the unfunded volunteer work being done in Lesotho to help children, the princes decided to form the professionally-run charity called Sentabale, which means “Forget Me Not.”

Prince Harry said he was pleased to be able to carry on his mother Diana’s work to help people affected by AIDS and to do so in a city that she loved. 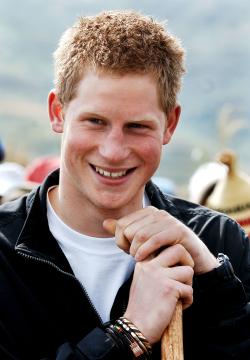 Prince Harry during a visit to Lesotho Africa to support Sentebale, the charity he co-founded with Prince Seeiso. (Courtesty photo)

“The prince and I both lost our mothers when we were very young,” Harry told a pre-match VIP gathering, according to an account on the Associated Press. “We set up Sentebale in their memory, and because my mother loved this city, it makes this occasion all the more poignant for me.”

How to Open a Bottle of Champagne – The Right Way!

Looking for a perfect Indian food wine pairing? Re

Did you know Black consumers today have $1.4 TRILL