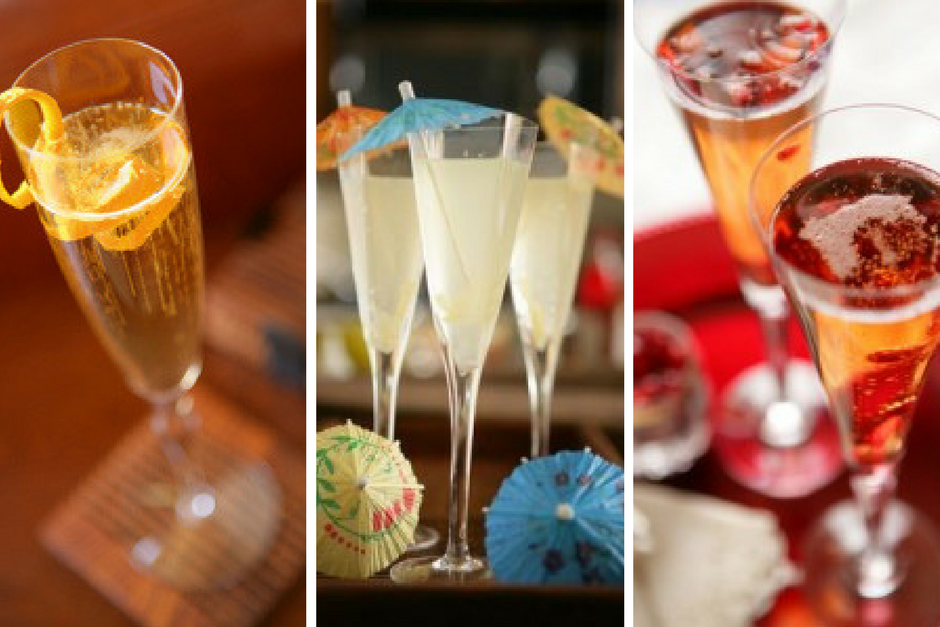 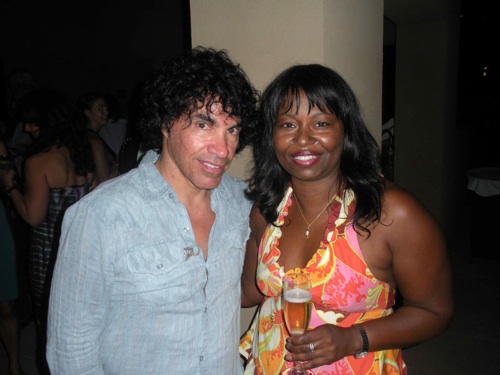 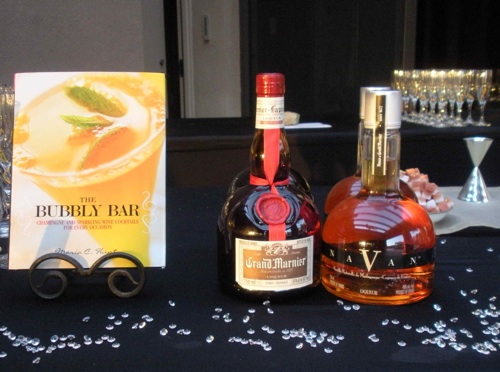 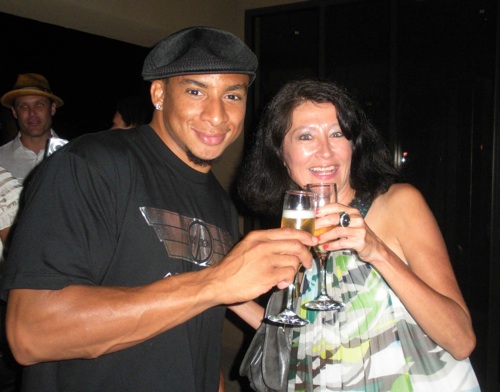 The Bubbly Girl Drink of the Week: Moonwalk Cocktail 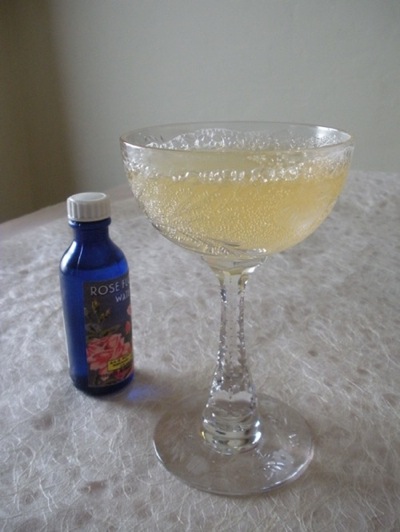 Rosewater - available at any Middle Eastern market - adds an exotic note to the Moonwalk cocktail which also stars Grand Marnier, champagne and grapefruit juice. The drink was created in 1969. (Photo by Maria C. Hunt)

Man first walked on the moon on July 21, 1969, but did you know there was a champagne cocktail created 40 years ago to commemorate the event? Me either – and I captured so many delicious classic champagne cocktails in my new book The Bubbly Bar: Champagne & Sparkling Wine Cocktails for Every Occasion.

I heard about the Moonwalk cocktail this week when Grand Marnier came to The Hard Rock Hotel San Diego for a cocktail class and tasting led by Steve Olson of The BAR. We tasted the Grand Marnier 100 and 150 and talked about making the ideal margarita with “Grandma,” tequila, lime and agave nectar. I also learned that the cognac-based spirit created in 1880 was originally called Curacao Marnier, after the oranges used to make it. But hotelier César Ritz thought that the name Grand Marnier sounded more, well, grand, and it stuck. 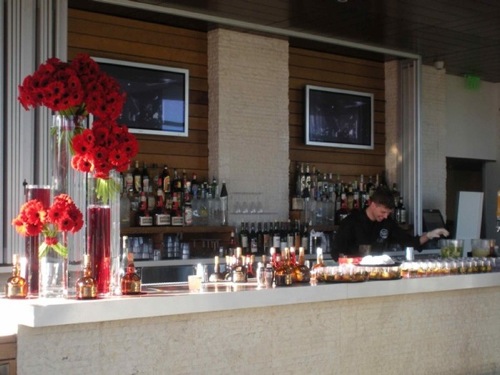 The bar was decorated with dramatic bursts of red Gerbera daisies which matched the labels of the Grand Marnier, a liqueur that blends cognac and bitter orange. (Photo by Maria Hunt)

Bartender Joe Gilmore at the Savoy Hotel in London crafted the original Moonwalk from Grand Marnier, graperuit juice, Moet & Chandon Brut champagne and a touch of rosewater. It’s currently on the menu at the trendy speak-easy style bar on Long Island called Dutch Kills. I think you’ll agree the Moonwalk has a very refined taste, but the rosewater adds a subtle exotic note, just the kind of thing one might want as they were flying to the moon.

Add the Grand Marnier, grapefruit juice and rosewater to a cocktail shaker filled with ice. Shake until well chilled, then strain into an old-fashioned coupe style champagne glass or small martini glass. Top with champagne.

The Apollo mission where men first walked on the moon lasted from July 16 to July 24, 1969. (Courtesy photo)