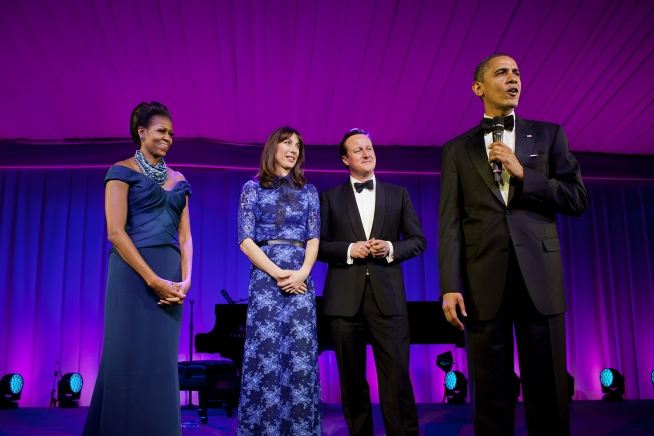 There’s not much chance that I’ll ever have a wardrobe as cool as Michele Obama’s, or get to take the trips they do or meet the people that want to rub shoulders with POTUS and FLOTUS.

But, I can drink the same wines the Obamas do. That’s the cool thing about wine and food; it’s aspirational and accessible all at once. I think that’s why we’re all curious to know celebrities and other people who can eat and drink anything are enjoying at special events, like the White House State Dinner for British Prime Minister David Cameron.

Since everybody’s living the vida locavore these days, White House Wine Steward Daniel Shanks makes his selections from among domestic wines. The official wine list wasn’t released by the White House, but according to a report by Jon Bonné in the SF Chronicle’s Inside Scoop, two American sparkling wines were featured at the Cameron dinner. 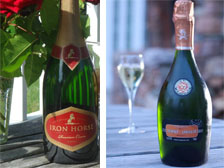 Both are great methodé champenoise sparkling wines that I’ve tasted before. The NV Thibaut-Janisson Monticello Brut (about $29), crafted in Virginia is a crisp, elegant wine would complement dishes like the halibut in a crisp potato crust. The 2007 Iron Horse Vineyards Green Valley Russian Cuvée (about $38) from Sonoma is a subtly fruitier style that was poured with the steamed lemon pudding dessert.

Both wines have been served at the White House before and would be equally welcome at your house. Incidentally, Iron Horse has gotten a lot of inside -the-beltway exposure lately. Secretary of State Hillary Clinton, Vice President Joe Biden and visiting Chinese VP Xi Jinping toasted with the 2007 Iron Horse Chinese Cuvée during his visit last month.

Here’s a fun video of the White House chefs preparing for the dinner; it’s narrated by Executive Chef Cristeta Comerford.