Have You Heard About Domaine Faury-Gros Pinot Noir? 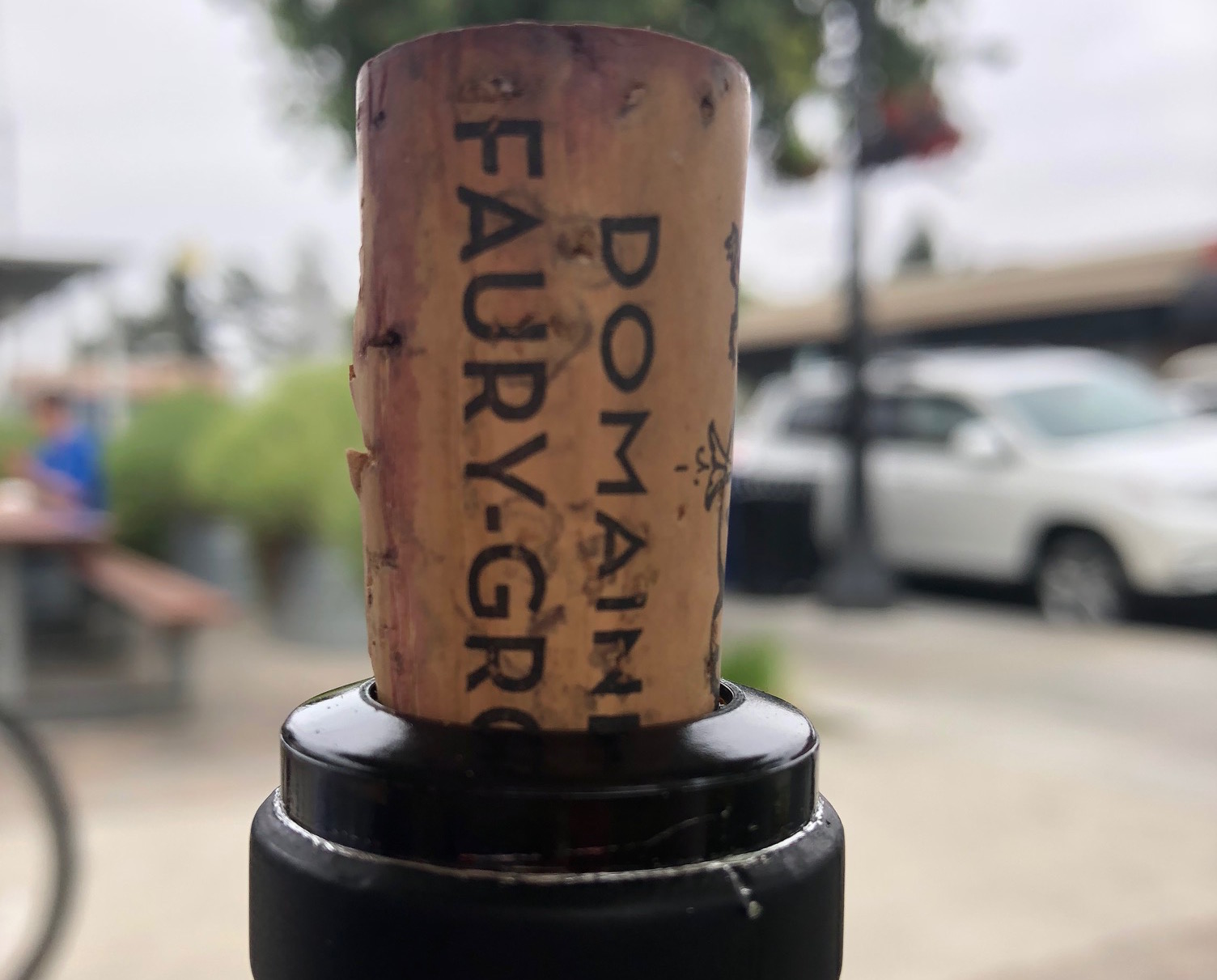 François Gros is pretty good at understatement. Which means he’s a master at that Gallic style of sharing big news in an offhand way.

He says has a barrel company. Translation: He runs the U.S. business for H&A one of the nation’s biggest barrel-leasing companies. Business is good — two years ago he leased about 2,300 barrels. This year he’s already moved three times that amount. “I have trucks and warehouses… it’s crazy.”

But not too crazy to meet me at The Oxbow on a Thursday morning for a wine tasting at the picnic tables. We’re here because he mentioned in passing he makes pinot noir with a friend, and at the time, they only sold it by word of mouth. 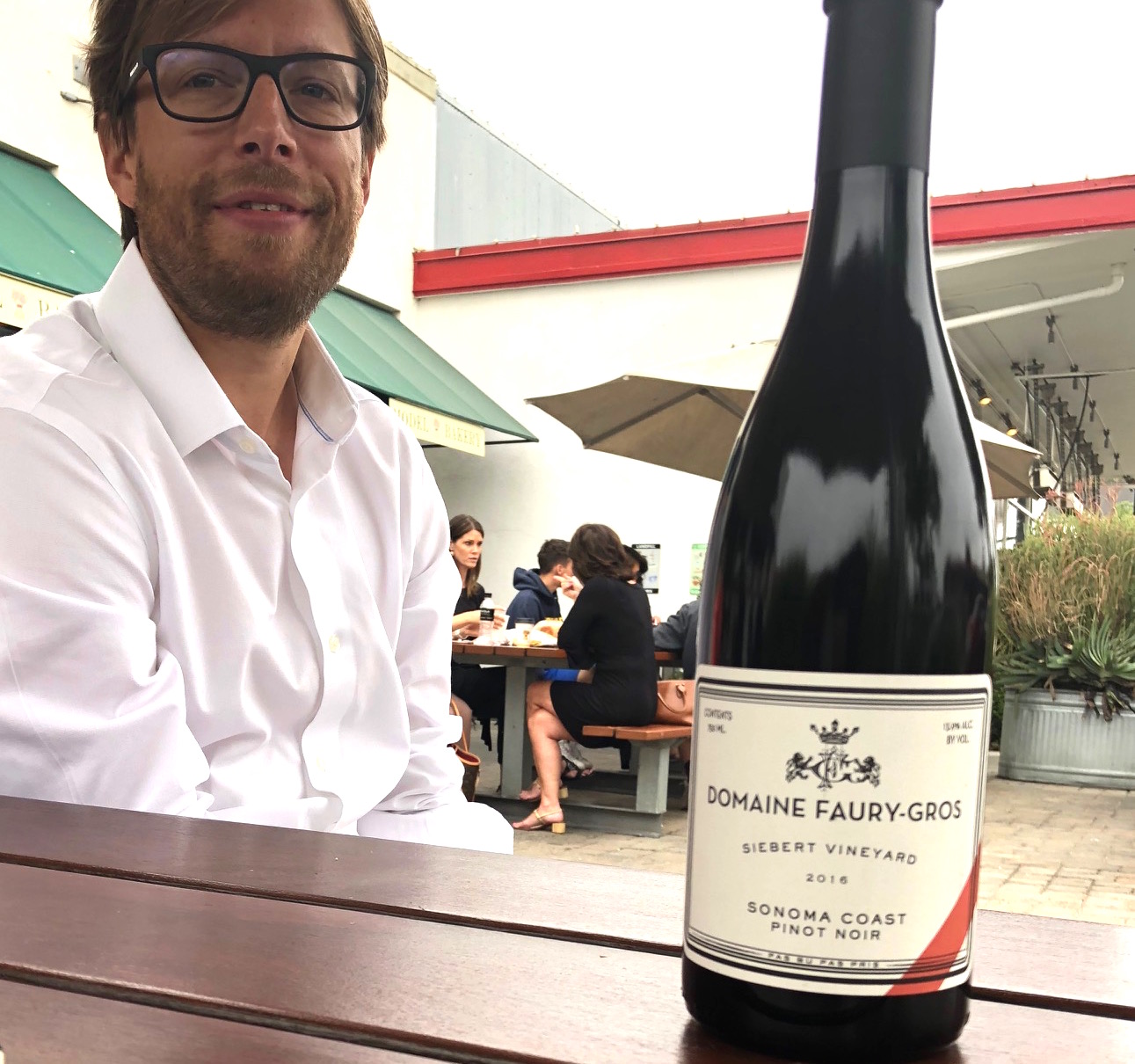 François Gros calls himself a  finance guy, but he knows what he likes in pinot.

Turns out this friend is another Frenchman— Simon Faury, the winemaker at Merryvale Vineyards. They had had bumped into each other in Condrieu at Domaine Yves Gangloff years back.
But they didn’t actually meet until they both visited Dolce in St. Helena. Faury, the more direct of the pair, says he saw a guy in line who looked like he’d just stepped off the Champs-Élyseés. They started talking, and realized they were both from Lyon. They decided to have lunch, which quickly led to friendship and planning to make a pinot.

Though they love Burgundy like Chambolle-Musigny, they knew it’s impossible to make a truly Burgundian pinot noir in California without winemaking tricks like diluting the wine with water. Faury said they wanted to make an honest wine straight from the vineyard, so that was out.

They sourced fruit from a steep, rocky block of the Siebert Vineyard, a dry-farmed site on the Sonoma Coast north of Santa Rosa. Working at a friend’s cellar, they fermented the fruit with native yeasts in an open puncheon. Then they let the wine rest quietly, waiting to do the secondary malolactic fermentation months later. Friends thought they were crazy, but it fit their minimal style.

“They believe winemaking is about how you control the wine. We believe the wine can control itself,” Gros said. “We are the assistants.” 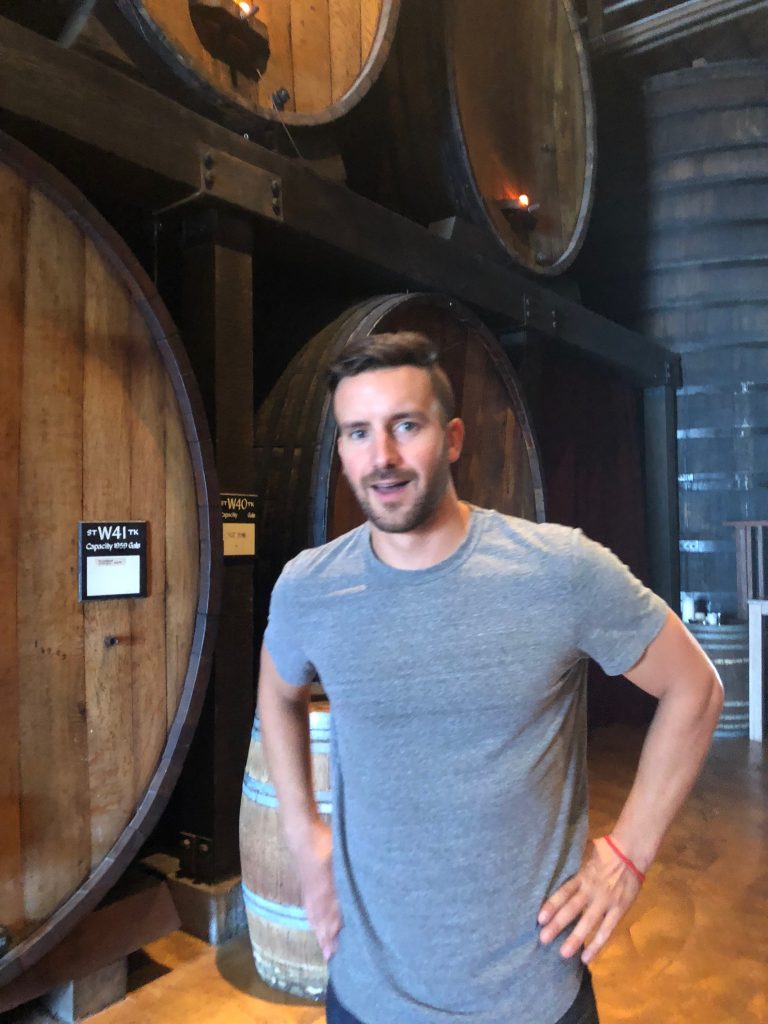 Winemaker Simon Faury at Merryvale Vineyards. His uncle Lionel is a well-known winemaker in Condrieu.

In the glass, it’s pure liquid garnet scented with raspberries, red plums, tart cranberries and pretty floral notes. There’s bright acidity, red fruit and a pleasing savoriness too. It’s a big wine with 13.9 percent alcohol, but it doesn’t taste or feel big. It has all the beautiful aromatics you want from pinot noir, but there’s depth too. As the taste slowly fades, you realize there’s this soft tannin like raw silk.

Gros suggests decanting his wine a couple hours before serving with allows it to really unfurl, and show his favorite pinot aroma: scented violets.

“You can’t open a bottle of wine and then drink it right away, like you do with a Coca-Cola,” he says. “Wine is sleeping in the bottle. It’s alive if you let it open up.” 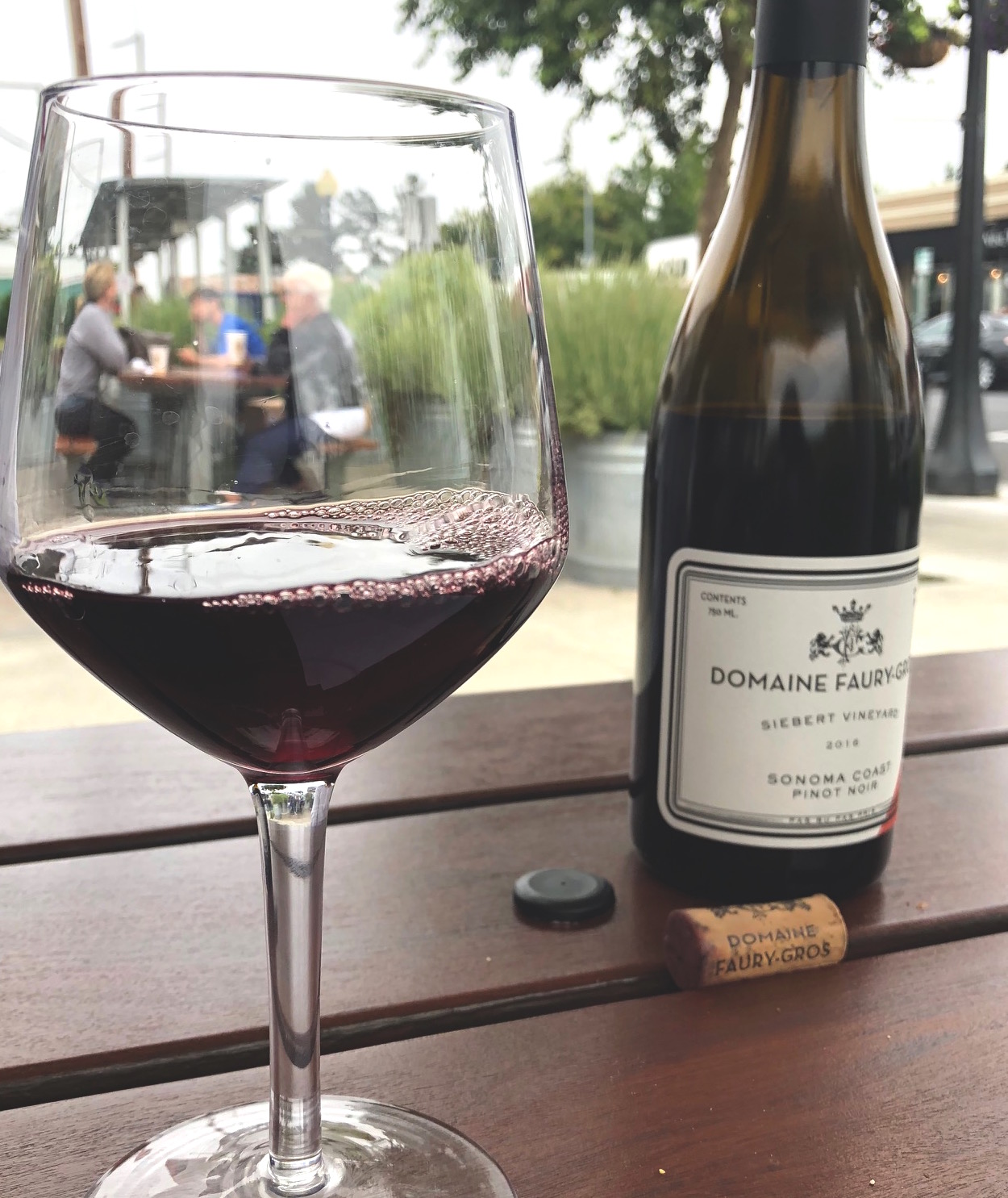 “Wine puts a spotlight on your meal and you get another dimension,” says Gros.

It’s a perfect food wine, begging for lamb or salmon. “This astringency and tannin love fat,” Gros says. “We need to eat with this wine.” He says it will really come into its own in 2021.

Sadly, the Siebert vineyard was one of the prime growing sites destroyed by the wildfires of October 2017. They won’t be able to get grapes from it anytime soon if ever. Which makes their wine that much more desirable. It’s available now at their Domaine Faury-Gros website and through First Bottles.

Can Sparkling Wine Age? You Bet!

Sex in a Glass: A Sparkling Wine from Michigan

Looking for a perfect Indian food wine pairing? Re

Did you know Black consumers today have $1.4 TRILL